Whether you enjoy hiking, fishing, horseback riding or just relaxing in the crisp mountain air, R-Ranch in the Sequoias has something for everyone. With over 80 ranch vacation cabins, 200 RV spaces, and tent camping sites,  R-Ranch accommodates anyone from the casual camper to the seasoned RVer. Set in the historic logging town of Johnsondale, California R-Ranch boasts 750 acres of private property. It’s a great way to return back to a simpler way of life, and take a break from the daily grind.

If you are interested in becoming an owner, we would love to have you up for a day trip or overnight stay so that you can see all we have to offer!

R-Ranch has been home to several Weddings, Reunions, Engagement Photos, Anniversary Parties, and more. Check out this great article on INSPIRED BY THIS of a couple who met at R-Ranch

was recently the location for an article on fashion site Mr. Porter for clothing line Visvim (featured photo on the right) CLICK HERE to see the entire article.

R-Ranch was the home of a movie, Blueberry Hill, filmed in 1988 by Metro Goldwyn Mayer. You can view more information about the movie HERE.

OWN A PIECE OF HISTORY 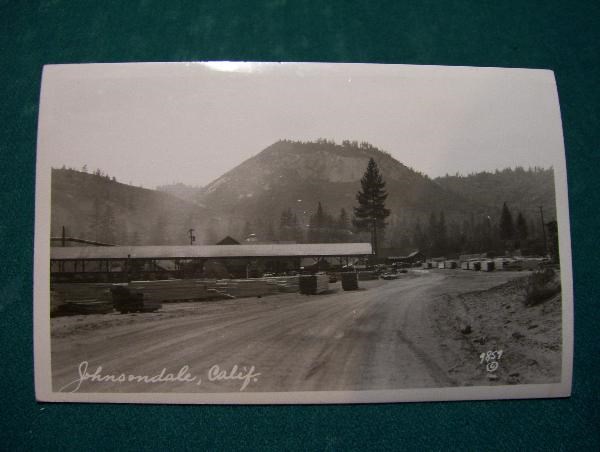 R-Ranch is located in the old logging town of Johnsondale, California. This land was originally purchased in the late 1800s but wasn’t a fully operational logging town until the mid-1930’s when Whitney Lumber Company bought the town. Several mill workers lived in the cabins that are still on the property, and there was a commissary, hospital, and elementary school. The mill operated for several years until it was closed down in 1979. Only a few people stayed behind to act as caretakers of the property, and it became known as a “ghost town.” In late 1984, Great Western Ranches, a Nevada City, California company, purchased Johnsondale from REDE. R-Ranch in the Sequoias became a division of Great Western Ranches. Richard Malott was the general manager of the project, and Jeff Dennis was the president of the company. In 1989 the official R-Ranch opened and offered only 2,500 shares of ownership to select families. Some of those families are still owners today.

Whether you prefer staying in a cabin, RV or Tent site R-Ranch has you covered. Several of the ranches 80 cabins have been completely renovated to reflect modernized features, while others still retain their rustic charm. With over 200 RV spots available, you are able to bring your own trailer or the ranch has a limited number available to owners. Our tent sites are located in a private area on the property near the stables and have a BBQ grill at each station. Cabins are fully furnished, and all have coffee makers, microwaves, all full kitchen supplies to make a home-cooked meal. Some are equipped with TV’s or DVD players, or most families prefer to bring board games for family game nights.  Linens are not provided.

Here is a link to our Accommodations

R-Ranch has been home to several families since 1989 who have cherished their times together here. Imagine a trip without electronics…where kids can play outside, and families can create lifelong memories. A more straightforward way of life still exists, and it can be yours if you become an owner.

Check out some of the videos in this YouTube Playlist other families have created of their trips to R-Ranch in the Sequoias.

We would love to invite you up for a tour of the actual property so that you can experience the magic of R-Ranch in The Sequoias yourself. Please give our ranch manager, Kelley Kemp, a phone call at the office (760) 376-3713 Monday through Saturday between the hours of 9am- 4pm. He is also available to discuss the costs of ownership. You may also send him an email.